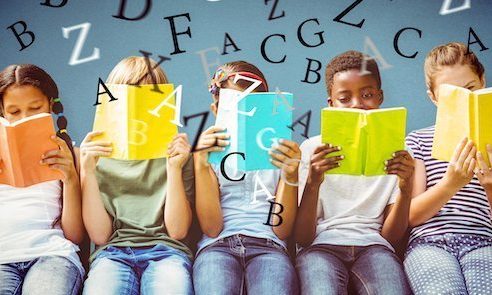 Learn to embrace the pitter-patter of Irish rain with Eva! Eva loves umbrellas, she also loves rain. One morning Eva wakes up to find that it is raining and she is thrilled! Finally she’ll have a chance to use her beautiful new umbrella. But… the rain just isn’t quite right. Too thundery, too windy, too misty – will Eva ever find the perfect rain? A beautiful, vibrant new children’s picture book from Irish Book Award-nominated author and illustrator, Tatyana Feeney.

My Mum Always Looks After Me So Much! by Sean Taylor, illustrated by David Barrow
HB £11.99 published by Frances Lincoln Children’s Books
AGE 2+ 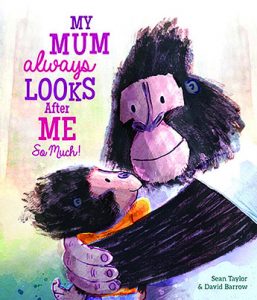 A funny heartwarming picture book about the love between a mother and a child. Little Gorilla is going to the doctor for an injection. His mum says it’s because she has to look after him. But that’s the problem – his mum always looks after him so much. First she makes him eat broccoli, then whenever he sneezes he has to put on an extra sweater. And now an injection! But it’s not all bad – the doctor gives Little gorilla a stick-thing that smells of strawberries for being brave. He loves it – but then he leaves it on the bus on the way home! Little Gorilla is distraught – but his mum takes him back to the doctor for another stick thing. His mum really does look after him so much.

The first novel in a hilarious new series from Humza Arshad and comedy writer Henry White. Humza Khan is the greatest 11-year-old rapper Eggington has ever known – he is Little Badman and he is destined to be rich and famous. But when Humza’s music teacher takes ill and his auntie steps in as a substitute his dreams are put on hold. As other teachers start to disappear, with more aunties appearing in their place, Humza discovers that they might not be as friendly as they seem, and must find a way to destroy them before they take over the world. A funny and fast-paced adventure full of mischief and silliness with a delightful cast of characters.

A funny, atmospheric, brilliant new trilogy filled with ghostly goings-on and an unusual investigative duo. Lil Potkin lives in bleak Peligan City. Her mum works in city Hall and is rarely at home, so aspiring journalist Lil has all the time she needs to explore the city in her bright yellow raincoat, investigating unsolved stories. One rainy evening Lil meets a sad-looking boy sitting by himself in the bus station and buys him a hot chocolate. He doesn’t want to admit to being a ghost, but when he finally remembers his name (Nedley… possibly) he explains that he needs Lil’s help to find out what happened to him after he disappeared from his orphanage.

A delightfully daft story with laugh-out-loud Walliams fun on every page! Librarians Mr and Mrs Meek will do anything to keep their darling daughter, Myrtle Meek, happy. Myrtle has everything a child could possibly want. But everything isn’t enough. When Myrtle declares that she wants a FING, there’s only one problem… What is a FING? In a hilarious quest that takes Mr and Mrs Meek from the forbidden vaults of the library, through the pages of a mysterious book and to the farthest corners of the jungle – there are laughs aplenty in this explosively funny and unforgettable tale. But will they ever find a FING? 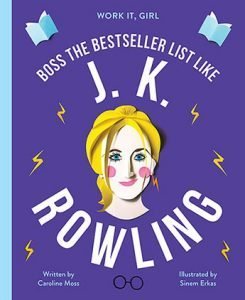 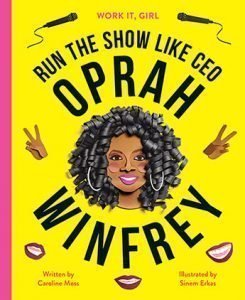 A brand new series launching just in time for International Women’s Day on March 8. J.K. Rowling and Oprah Winfrey are two of the most iconic and powerful women adored the world over. In these new books for aspiring future girl bosses, discover the lives of Oprah Winfrey, the media mogul and J.K. Rowling, one of the most celebrated authors today. Be inspired by their incredible stories, and learn 10 key lessons from their lives and work. Featuring inspiring quotes and mantras, these books are just perfect for all Gen Z girls wanting to forge their own entrepreneurial career.

The third laugh-out-loud, high-voltage adventure from superstar Alesha Dixon. Aurora Beam is a super-annoyed superhero. She’s desperate to help her mum and grandma track down the stolen precious stone that holds the key to her family’s powers, but they’re insisting she sit this one out. There’s a dangerous supervillain on the loose and not even Lightning Girl and the Bright Sparks may be a match for him or her. Worried that whoever has the stone will destroy it and flick the switch off on her powers forever, Aurora refuses to hide at home and stay safe. What can she discover about master of disguise the blackout Burglar?

The must-have second book in the brilliant Lost and Found series from Cathy Cassidy. Forced to flee his home in Syria for safety in England, Sami attempts to begin a new life but struggles to overcome the pain of the past. Memories of the long and dangerous journey across icy waters, armed with only his dad’s old coat, a flute and the hope of a brighter future, are never far away. Can his new friends in the Lost and Found band and a blossoming romance with the girl of his dreams melt his frozen heart or is it too late to find a silver lining?

2019-03-08
Previous Post: Ways the Stories You Read Your Kids Can Break Down Stereotypes
Next Post: DVD Release – Dr Suess’ The Grinch