Children Today Less Happy Than Those During The Troubles 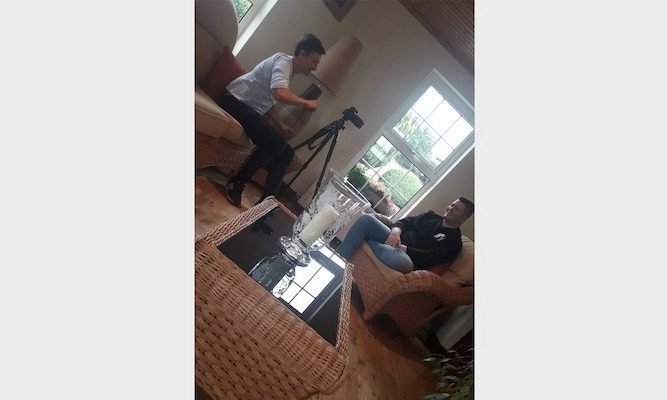 A staggering 65 per cent of parents and 69 per cent of grandparents surveyed in NI believe that childhood is worse – despite the backdrop of living through years of the Troubles during their own childhoods.

Action for Children with YouGov explored the biggest issues affecting childhood today through comprehensive research across three UK generations. The research, involving discussion groups and a quantitative survey of 5,000 children and adults UK-wide including Northern Ireland.

On the question ‘do children have a brighter future?’, only 37 per cent of children in Northern Ireland said they feel that they do.

With the most vulnerable youngsters hit hardest, Action for Children is launching a new campaign today called ‘Choose Childhood’ as it marks its 150th year.

Cathal McCann, 16, from Ballynahinch, was helped through a mental health crisis by Action for Children Northern Ireland’s Blues Programme.

His mum Mandy said: “He wouldn’t even be here today if it wasn’t for Action. He was in a desperate place and totally depressed and the Blues Programme saved him.

Action for Children NI delivers The Blues Programme to schools throughout the country to help young people suffering with mental health issues.

Mandy added: “He was very low and even self-harming. When Action for Children reached out to help it was a game changer. He’s a different person now and loving life.”

Ruth-Ann Delija, interim Director of Action for Children Northern Ireland said: “It’s crucial in this era of intense fiscal pressure that the focus on early intervention and mental health remains. Our three generational survey shows that children today, far from being carefree, are struggling under the weight of social pressures, complex global issues and increasing levels of mental health issues..”

Photo caption: 16-year old Cathal McCann from Ballynahinch appeared on Sky News and Good Morning Britain to reveal how Action for Children helped him though a mental health crisis.