What Parents Need To Know About Lyme Disease 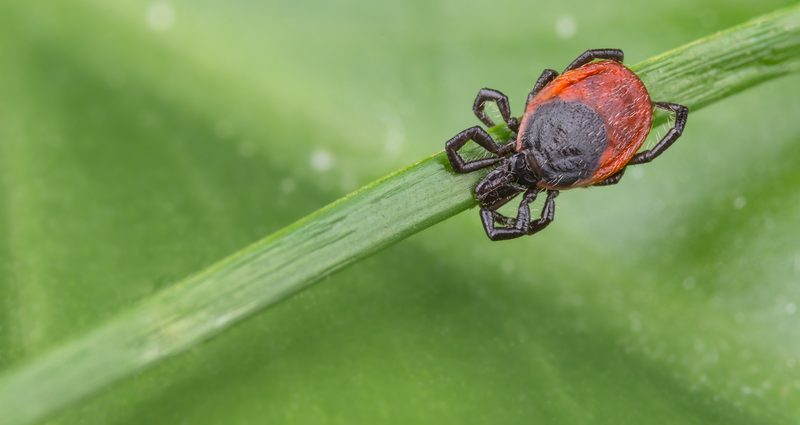 Once confined to a handful of countries, now annually in the UK and Ireland there are 1000+ new cases of Lyme Disease with most cases occurring in early summer. In the UK particularly high-risk areas are the South of England and Scottish Highlands, but infection can occur in many areas. With it being more important than ever therefore for parents and carers to be able to spot the signs of a tick bite (which aren’t always as straight forward as a bulls-eye rash) and know what to do, what to ask for at the doctors, and how to stop this becoming a life-changing situation. Experts Dr Bernard Raxlen and Allie Cashel, have written a new book on the subject offering a unique worldwide insight into what’s really happening regarding Lyme Disease diagnosis and treatment…

On average, it takes patients seeing five to 10 different doctors from multiple specialties to obtain a proper diagnosis. Children play in long grass, roll down hills, run through parks and fields, and spend lots of time outside, making them open to bites from an infected tick, which are mainly found in grassy and woodland areas including urban gardens and parks. There are steps that can be taken to prevent Lyme Disease, such as removing clothes after playing outside and having an adult check for ticks, but there is a real lack of awareness of the profound impact Lyme Disease can have if left untreated. According to a study in the American Journal of Medicine, long-term Lyme Disease patients that were not treated early on are often as impaired as those in congestive heart failure. The disease so misunderstood that there are even myriad cases of parents being falsely accused of poisoning their children (Munchausen’s syndrome by proxy). The disease is treatable with antibiotics, but left alone can become a severely debilitating illness which affects multiple organs, including joints, heart, brain and other parts of the central nervous system.

Early signs your child may have been bitten by an infected tick:

· Fever and sweats
· Swollen glands
· Malaise
·Fatigue
·Neck pain or stiffness
·Migratory joint or muscle aches and pain
·Cognitive impairment, such as memory problems and difficulty concentrating (sometimes described as ‘brain fog’
.Headache
·Paresthesia (pins and needles)
.Some people with early symptoms of Lyme disease develop a circular red skin rash around a tick bite
.The rash can appear up to three months after being bitten by a tick and usually lasts for several weeks. Most rashes appear within the first four weeks.

…when children who have been emotionally well-balanced and happy suddenly appear to have been affected by a mood disorder (such as atypical bipolar disorder of childhood) or a non-specific psychiatric illness, oppositional disorder, or even ADHD, the physician or family must be alerted to the possibility of infection, inflammation and neurological disruption brought on by a tick-borne disease.

FAQs for parents by Allie Cashel and Dr Bernard Raxlen

What do parents need to be aware of when it comes to ticks and outdoor activity?

Enjoying time outside is key to any healthy childhood, but ticks carrying Lyme disease and other potentially life altering infections can make outdoor activity dangerous without taking the right precautions. Disease carrying ticks are dangerously small (sometimes as small as the head of a pin) and seek out dark, warm, and moist places to attach to the body, making them very hard to spot. Protection habits include wearing light coloured clothing, using effective repellents, and integrating daily tick-checks into your routine.

Is the danger just in the woods or anywhere outside?

Ticks are most commonly found in the woods or in high grasses, but more and more they are appearing in back yards, sports fields, and beach grasses. You should be checking for ticks any time your child spends time outside, but take extra care if they are hiking, fishing, or camping. If they are bitten by a tick (especially a Lyme disease carrying, black-legged tick), the tick should be removed as soon as possible. The longer a tick is attached, the more likely it is to transmit an infection.

Is there a tick repellent that is safe for children?

Common natural bug sprays unfortunately do not offer any protection from ticks. Deet is most effective for fending off ticks, but because it is a neurotoxin many parents don’t feel comfortable using this on their children’s skin. Picaridin, however, is safe for kids older than the age of one, and even safe to apply during pregnancy and breastfeeding. A product with Picardin will protect up to 12 hours against ticks and is safe to use on children. Global Lyme Alliance recommends Randy Ranger repellent, which makes products with Picaridin, safe for kids.

When should parents check for ticks?

Parents should integrate a tick check into their daily routine. Anytime children spend outside puts them at risk for ticks! Make sure to check behind the ears, on the scalp, and in any skin folds or creases as ticks like to hide. To take extra precaution, parents can also remove their children’s clothing and put the clothes in the dryer for 10-15 minutes to kill any ticks that may be attached to the clothing, but not the child.

What if a parent finds a tick on their child?

Ticks should be removed as soon as possible using the proper technique. Global Lyme Alliance has shared this helpful guide for removing ticks. Once you remove a tick, we recommend making an appointment for your child to see a paediatrician, even if they are not yet showing symptoms.

Are there symptoms of Lyme Disease parents should watch out for?

About 40% of people infected with Lyme disease will go on to experience the tell-tale bulls-eye rash, signifying infection. Unfortunately, most patients will not. Any skin irritation, flu like symptoms, or increased fatigue can be a sign of infection. Many tick bites will go unnoticed, which can cause delayed diagnosis, unexplained symptoms, and long term health issues. If your child suddenly falls ill or starts to exhibit symptoms of illness after having spent time outside, always consider Lyme disease.

When should a parent take a child to a paediatrician after an encounter with a tick?

We recommend bringing your child to the doctor as soon as possible. Early treatment and diagnosis are key to making sure your child stays happy and healthy

How common is Lyme Disease?

In the United States alone, more than 300,000 cases of Lyme disease are being reported every year. The rates of infection are also climbing throughout the United Kingdom, Europe, and around the world. Children are just as likely, if not more likely, to be infected with Lyme Disease than adults.

What are the chances a child will get Lyme Disease after an encounter with a tick?

The chances of infection are often related to how endemic your area is for Lyme disease. With rates of infection on the rise however, it is always better to be safe than sorry – as Lyme disease and other tick-borne diseases can have serious, long-term impacts on your child’s health. 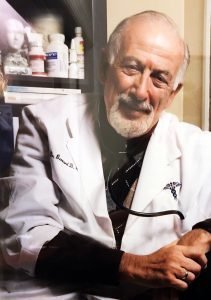 Dr Bernard Raxlen MD specialises in neuropsychiatry and neurocognitive complications. Over the past 30 years, he has successfully treated over 6500 cases of tick-borne disease and today over 90% of his practice is devoted to chronic Lyme disease (CLD) and co-infections. He was an original member and co-founder of AIMS (Academy for Integrated Medical Studies) and served for several years on the Board of Directors of the Omega Institute. He is founding member and secretary of the board of governors of ILADS (the International Lyme and Associated Disease Society) and is serving as the chairman of its Ethics Committee. He was awarded the Humanitarian Award by the Turn the Corner Foundation, and has been a featured speaker in more than 40 workshops over the years on topics ranging from psychiatry, drug abuse, psychoneuroimmunology and tick-borne diseases as well as on US national television (ABC, NBC, Fox, Discovery) discussing medical concerns pertaining to TBD and Lyme disease.

Allie Cashel BA is the author of Suffering the Silence: Chronic Lyme disease in an Age of Denial (North Atlantic Books) and the co-founder and president of Suffering the Silence. Since starting work with STS, Allie has been invited to speak at events around the US and beyond, ranging from private fundraisers, to medical schools, to bookstores and support groups. Highlights include: an appearance on Good Day NY (Fox5), a presentation at a United States Congressional Forum and her facilitation of workshops on disability, inclusion and storytelling around the country. Allie is a member of the Young Leaders Council of the Global Lyme Alliance.