Lying in Wait of Being Found Out 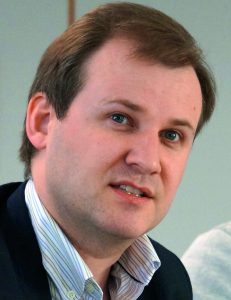 “Be sure your sins will find you out” was an oft-repeated mantra of my mother’s. Throughout my childhood, the phrase would be uttered whenever I’d been caught doing something wrong, or when her maternal early-warning radar suspected something untoward was happening, and also at random intervals to supposedly keep me on my toes.

Being caught lying was deemed to be the most pernicious act of turpitude. Decades later, now that I am a parent, I realise that the deceit has an acidic quality, burning a hole in trust and leaving you on constant guard trying to spot the next porky being spun.

An Ipsos MORI poll last October interviewed 1,001 adults across Great Britain and asked them whether or not they generally trusted people working in different professions to tell the truth.

Nurses topped this Veracity Index with 96 per cent of people trusting them to be truthful. Doctors were close behind at 92per cent. Then teachers (89%) and engineers (87%). Judges (83%) were well ahead of television news readers, clergy, and civil servants (all at 62%). Pollsters will be disappointed to learn that nearly half of people thought they couldn’t be trusted.

Less than half of those surveyed trusted bankers (41%), estate agents (30%) or journalists (26%). If anyone asks, I might in future have to describe myself as an ex-software engineer rather than a freelance journalist.

Advertising executives were in last place, trusted by fewer than one in six of the adults surveyed (16%), though paid – and presumably trusted – by nearly every large corporate organisation to run marketing campaigns to promote their products and services.

Just above the ad industry, in second last place, were politicians, scoring 19 per cent.

Over the last few years, there has been a noticeable shift in high-level politics, first in the US, but quickly spreading eastwards across the Atlantic to Europe and the UK.

My mum’s mantra seems to have lost its power.

“Being caught lying was deemed to be the most pernicious act of turpitude. Decades later, now that I am a parent, I realise that the deceit has an acidic quality, burning a hole in trust and leaving you on constant guard trying to spot the next porky being spun.”

Being caught lying in public office was once a resigning matter. Now the tactic is to double down with an even more outrageous lie to blow smoke over the first. And then to blame the media for distorting the truth, shouting “fake news” and encouraging supporters to throw shade on those exposing the truth of the situation.

It feels like childish behaviour that would only be expected from toddlers. Yet it has become the pattern in Washington, Westminster, and perhaps evidence could be found of it at Stormont too.

While little is certain about politics or Brexit, a general election seems very likely over the coming weeks and months. UK electoral law forbids a candidate telling untruths about other candidates, but doesn’t bar campaigns from making false statements, issuing unworkable promises, or publishing uncosted policies.

I’ve been involved in FactCheckNI for three years. It is Northern Ireland’s very own fact-checking service that investigates claims and tries to get to the bottom of whether they’re accurate, inaccurate or unsubstantiated. We also run training with community groups, colleges and schools to encourage critical thinking and the spread the word about simple online tools that can check the veracity of images and statements.

Collectively, like my Mum, we need to develop our early-warning radar systems and listen to the sceptical voice in our head that questions what we’re being told, whether it’s from our children or our politicians.