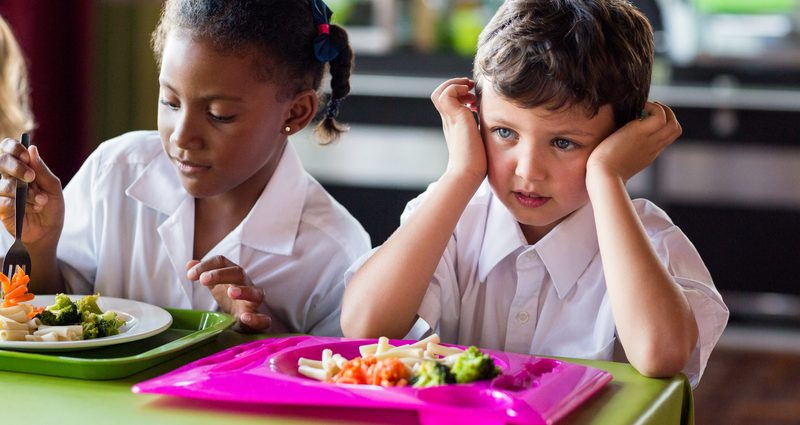 A new report from Child Poverty Action Group and Covid Realities shows that 36% (about 1 million) of all school-aged children in poverty in the UK are not entitled to a free meal at school. The analysis shows that despite a rise in the number of children claiming FSMs between March 2020 and March 2021, restrictive eligibility criteria still prevent many in poverty from accessing any form of free school meal provision.

Households on universal credit in England and Wales must earn less than £7,400 a year to be eligible for free school meals, regardless of the number of children in the family. In Scotland, they must earn less than £7,320, while in Northern Ireland, the threshold is higher at £14,000. These low limits on income mean that many children from working families are in poverty but unable to access free school meals.

The report identifies three factors that affect the number of children in poverty in each nation who are ineligible for free school meals:

Low-income parents participating in the Covid Realities research project shared their experience of free school meals to inform the report, and helped to develop recommendations. All parents whose children receive FSMs said they value that provision highly, and said it made a “huge difference” to family life. Those whose children did not receive free school meals highlighted barriers to eligibility including being in receipt of working tax credit.

Child Poverty Action Group and Covid Realities participants are making an urgent call to extend means-tested FSMs to everyone on universal credit or equivalent benefits. CPAG estimates this would cost £700 million per year. In addition, FSM should be extended to all families with no recourse to public funds (NRPF).

Child Poverty Action Group and Covid Realities participants are also calling for better support for family finances throughout the year by addressing the inadequacy of the social security system. This would help families during pinch points like the holidays, when many families have to rely on support schemes to make ends meet. In the short term, the authors are calling for the planned £20 cut to universal credit to be abandoned.