Cinemagic: Check Out The Best Of The Fest!

The flagship Cinemagic Film Festival returns to the Ulster Museum this October (1st to 31st) with an action packed film festival, bursting with film and tv opportunities for young people, families and fans of the silver screen. Enjoy Tales at Twilight book readings with magical screenings including JoJo And Gran Gran, Zog and The Flying Doctors, Room on The Broom, The Tiger Who Came to Tea; Learn from Aardman how the animators of Wallace and Gromit create the models for their film sets, take part in tv presenting, film reviewing, flip book and stop motion animation workshops and try your hand at writing and developing techniques for auditions with masterclasses in short form writing and casting. The festival workshops and Q&A’s also feature book to tv programme making with the creator of the JoJo & Gran Gran characters, Laura Henry-Allain MBE, and Meet The Director with Jeroen Jaspaert. Jeroen will be answering questions from the audience before a double-bill screening of The Highway Rat and Stickman! Other magical highlights include Peter Pan Pyjama Party & Storytelling where children can come along in their PJs or bring a favourite bedtime teddy. 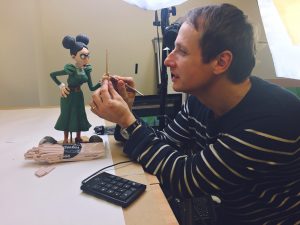 The film programme will delight young audiences with a chance to see favourites such as Willy Wonka and The Chocolate Factory, The Goonies, The Wizard of Oz, The Good Dinosaur, Peter Pan and James and The Giant Peach, The BFG, and a special early ‘Christmas’ themed movie that’s not to be missed, ‘Christmas at Cattle Hill’! The festival will celebrate the tales of Dr. Seuss with special screenings of Horton Hears A Who! And The Lorax.

Young film critics at home? Why not join the film jury panels and spend the day watching and critiquing movies and voting on the festival winners!

Online festival activity includes a host of world cinema titles on the Cinemagic Player ( filmfestival.cinemagic.org.uk) and new titles will be released every week. Highlights include Shorts for Shorties and Animated Antics, which are short movie packages designed to entertain and engage even the youngest of viewers. Cinemagic TV (The Festival’s YouTube Channel) will feature how to tutorials available throughout October to try out movie and Halloween themed arts and crafts!

School Teachers can bring Cinemagic into the classroom with nursery school movie mornings, and the NI Film Schools’ Jury (KS2) where pupils can watch a selection of new animations from around the world, select their favourites to find Northern Ireland’s favourite short animation and participate in a webinar with BAFTA Kids! For those wishing to visit the Ulster Museum, Cinemagic will present a ‘My First Cinema Trip’ for nursery and KS1 pupils with a film screening of the delightful animation Raggie.

Cinemagic Festival is funded by Belfast City Council, Tourism NI and is funded by the Department for Communities through Northern Ireland Screen. Cinemagic is supported by the BFI FAN Film Exhibition Fund, awarding funds from National Lottery.