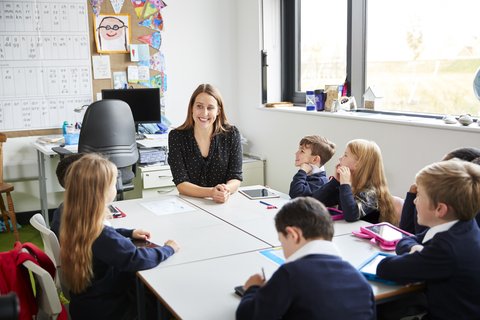 One of Northern Ireland’s largest teaching unions says its members have voted “overwhelmingly” in favour of industrial action.

It comes as part of a dispute over pay, workload and adverse working conditions.

In a statement, the teachers’ union said a survey found that the vast majority of its members had expressed concern about failures by the Department of Education and the employers to deliver on the 2020 agreement, with 74% saying their workload had “increased significantly” in the last two years.

Over half of those surveyed (54%) said that were “seriously considering” leaving the teaching profession.

‘Left with no choice’

Dr Patrick Roach, General Secretary said that members had delivered an “emphatic and unequivocal message” and said there was “deep anger at the inadequate pay and the ever-increasing workload”.

“Teachers wish to avoid industrial action, but they have been left with no choice by the derisory pay offer and the failure to tackle spiralling workloads,” he said.

“Our members are strong and united and they are saying they will no longer tolerate the damage being done to education and their working lives.”

NASUWT National Official NI, Justin McCamphill said that the ballot result must be “a wake-up call to the Minister” who he said has “singularly failed to deliver the fair pay and working conditions that teachers need and deserve”.

“This is a strong and united result from our members. We will now enter a sustained period of industrial action across Northern Ireland’s schools. Details of the industrial action will be sent to employers and members imminently,” he added.

2022-04-27
Previous Post: Earth Day 2022: Four fab family activities
Next Post: Ni4kids asks parties: what will you do for NI families if elected?

Combs, pots and other things!