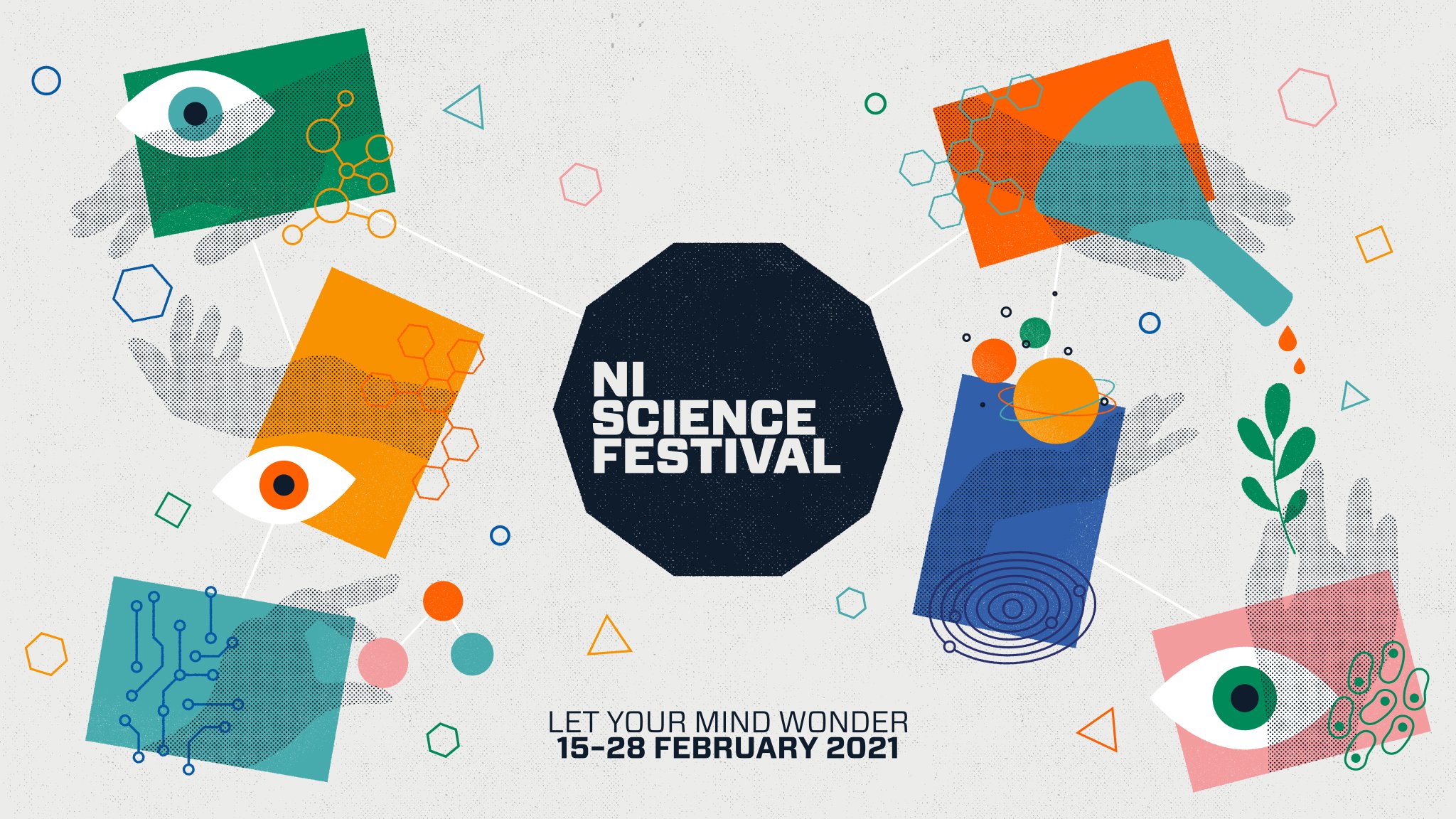 The NI Science Festival returns in February with its seventh annual programme boasting more than 80 online public events! The STEM celebration will return for a fortnight of wonder and intrigue from Monday 15 – Sunday 28 February.

Covering everything from the natural world, our planet, and the vast expanse of space to engineering, robotics, physics, the mind and body, food and much more, the festival will present some of the most prominent scientific minds, thought-leading academics, and captivating authors.

Adopting a digital format this year, the programme is packed with interactive workshops, engaging talks and discussions, screenings and more for audiences of all ages.

World-renowned physicist Katie Mack will be in conversation with festival favourite Jim Al-Khalili discussing her book The End of Everything (Astrophysically Speaking), an exploration into the future of the cosmos and how it might reach its ultimate demise (Sunday 28).

From rewilding large predators to conservation, sustainability and climate change, the festival will host a series of events focusing on the natural world, including a conversation with Northern Ireland’s own Dara McAnulty, whose debut book, Diary of a Young Naturalist, won the Wainwright prize for nature writing in 2020 (Saturday 20). The festival will also host a virtual dive along the Northern Irish seabed to experience the rich diversity of our rocky reefs (Thursday 18).

For younger audiences, the festival will present the most outrageous science show in the world, Fartology with Gastronaut (Thursday 25). Hosted by Gastronaut Stefan Gates, embark on an unforgettable, explosive edible adventure exploring the bizarre science behind our food.

Be it online, in person or a mixture of both, #NISF21 is not to be missed!